GWANGJU, Sept. 20 (Yonhap) -- Unionized workers at Kumho Tire Co., South Korea's second-biggest tire maker, said Sunday it has suspended a strike so that it can elect a new union leader, getting ready to return to the workplace after more than a month.

Unionized workers began an all-out strike on Aug. 17 after failing to agree with the management on adopting a wage peak system that would allow them to extend their retirement age in exchange for a capped salary.

As the walkout prolonged for weeks, the company shut down production facilities in Gwangju, 329 kilometers south of Seoul, on Sept. 6.

The labor union said the temporary suspension is aimed at preparing for the election process as the current leader's term expires on Sept. 30, saying the new leadership will make a decision on the next move.

"We put a temporarily hold on the walkout because we cannot continue the strike while holding an election for the new leadership simultaneously," a labor union official said.

Following the latest decision, the company said it re-opened production lines earlier in the day to allow workers to return to work starting from Monday.

The issue at stake is how to compensate the employees for a cut in salary and bonuses that they endured while the company was under a years-long debt workout program.

Kumho Tire had been under oversight since December 2009 after its parent conglomerate, Kumho Asiana Group, suffered a severe liquidity crunch from the purchase of Daewoo Engineering and Construction Co.

The company graduated from the workout program late last year, during which employees had their basic salaries cut and returned bonuses as part of efforts to help the company's normalization.

Losses from the 39-day walkout incurred to the company have been estimated at 150 billion won (US$129 million), while the average loss for each worker is expected to exceed 4.2 million won. 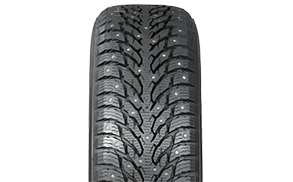